Soft Mould Ripened encompasses several types of cheese but are defined by their soft texture. They tend to mature for short periods of time depending on the product type. Curds are placed into a mould and whey is drained from the product throughout its maturation period.

Some soft cheeses have mould agents that aid the ripening process. This mould forms the edible rind visible in Bries and Camemberts.

Enjoyable hot or cold, these cheeses can be baked, added to a salad, or form part of a cheeseboard. Some say eating a piece of Camembert after a meal aids digestion!

Rind washed soft cheeses undergo the same process but are then either rubbed with salt or washed in brine to create their rind. Some of the most well known AOC cheeses use this production method including Pont L’Eveque and Taleggio.

Traditionally Brie was manufactured in the Ile-de-France region, East of Paris: Brie de Meaux and Brie de Melun are only two types that are officially recognised with a PDO status. However, the Meaux and Melun regions are unable to keep pace with the demand for Brie, and now non PDO versions are produced in other parts of France and throughout the world.

Depending on the starter cultures used, Brie can be categorised into two different styles: Lactic and Stabilised. Lactic Brie matures over the course of its life – the inner core that will disappear as it ages and the flavour will intensify; stabilised Brie has no perceptible maturing, and has a uniform consistency throughout and a milder flavour which remains consistent throughout the life of the cheese. 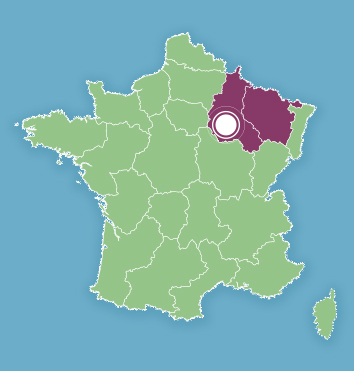 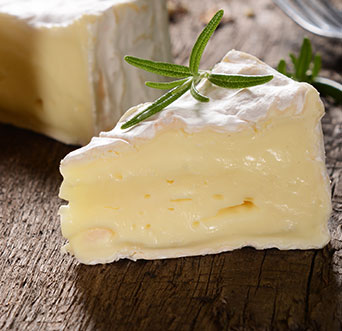 While Brie and Camembert are both soft-ripening cheeses with a white, flowery rind, there are key differences that mean they are far from interchangeable. One difference relates to the “terroir” of the cheeses, as the unique characteristics of the region has an impact on the cheese that is produced. While Brie is produced in the Ile-de-France region, East of Paris, Camembert is manufactured in Normandy in North-West France.

Furthermore, Brie can be 45%, 50% or 60% fat in dry matter, while Camembert is always 45%; and while Brie is characterised by a light, buttery scent and flavor with a salty finish, Camembert has a more intensely savoury, umami flavour.

Somerset Brie, Camembert and Goats Cheese are all soft rinded cheeses, produced in the valley of Cricket St Thomas, which mature over the course of their life in the style of a lactic French Brie. 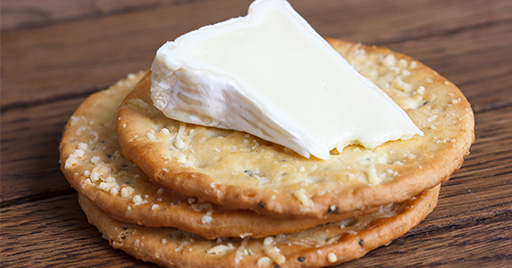